Three years’ worth of networking, planning, negotiating, and testing gave way to festive celebrating on September 3, 2015, when HLA-WA members and other testers nodded excitedly to give a thumbs-up to the loop at Seattle’s City Hall council chambers.

Councilmember Rasmussen was an early advocate for hearing access. 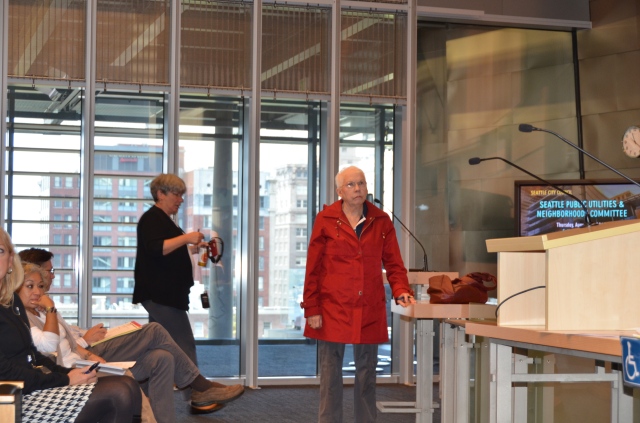 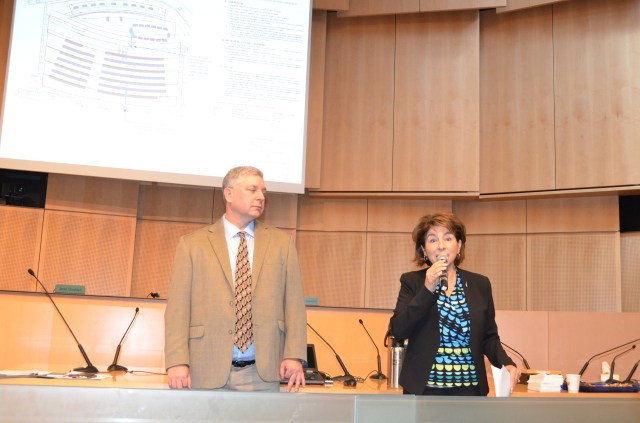 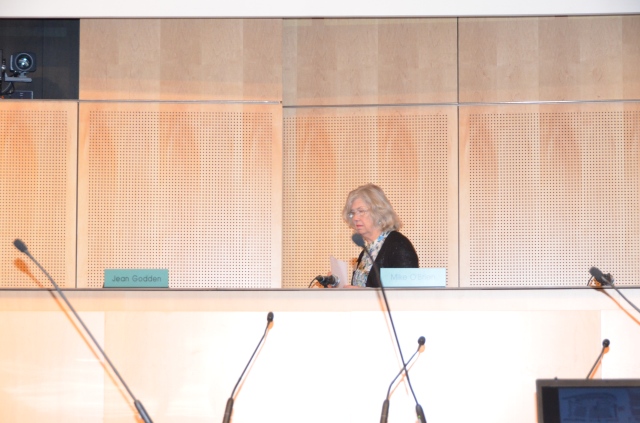 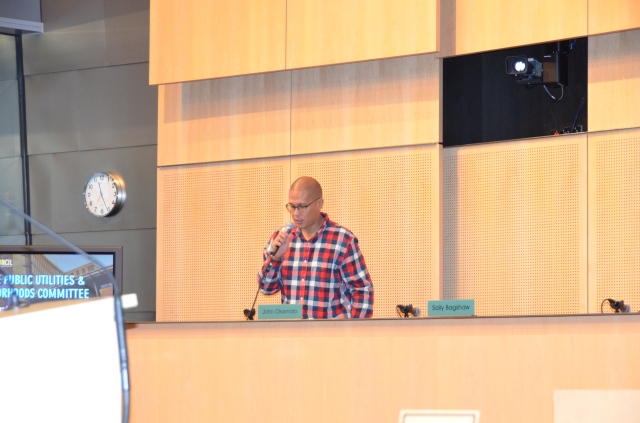 City of Seattle IT Dept’s Eric Dupoy speaks into the system.

The city’s old FM system was not widely used or publicized, so the city set up a hearing access advisory committee, and later, the City Council allocated funds for a loop. Thanks to the persistence and patience of many both within and outside Seattle government, this loop dramatically improves the hearing accessibility of Seattle’s civic life.

The results: an Avidex-installed induction loop throughout the council chambers. Signage on the doors and accessibility information on posted on council agendas. An expanded accessibility presence on the city website, including a redesigned accessibility page with specifics for communication access accommodations, where they are located, whom to contact, and a request form. Direct links are included to the city’s ADA coordinator and the Title II grievance process.

With this step, the City of Seattle not only honors people with hearing loss but also lights a path for other venues and cities to follow to create an inclusive infrastructure. This landmark installation brings us closer to our dream: making Seattle the most-looped, most hearing accessible city in the country.

This entry was posted in Uncategorized. Bookmark the permalink.

This site uses Akismet to reduce spam. Learn how your comment data is processed.